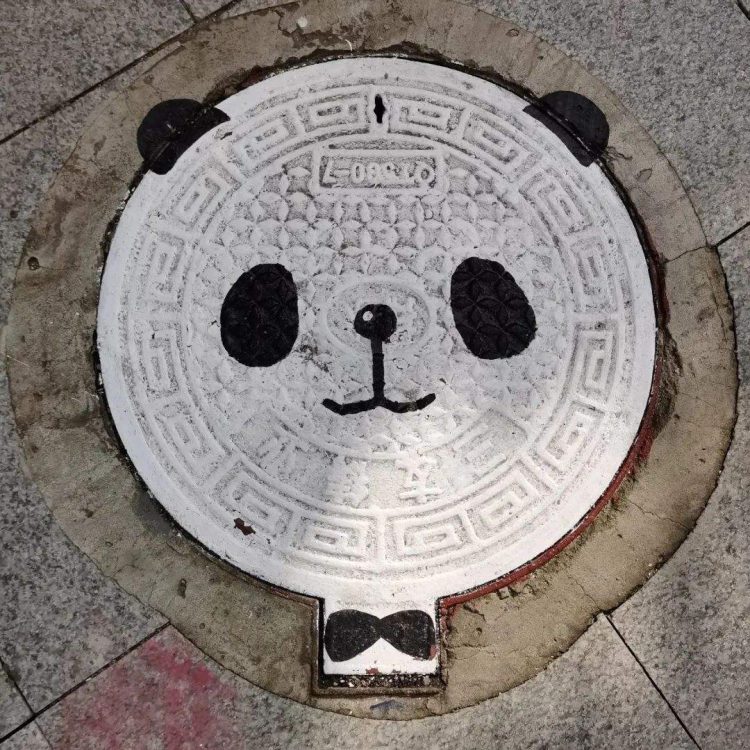 Why are manhole covers round?

I was jogging outside with my son on the street and we saw a manhole. I recalled this famous interview question first popularized by Microsoft in the early days and then adopted by other companies: Why are manhole covers round?

So I asked my son.

“Because it looks nice?”

“It’s more than that. There is actually math magic behind it! The main reason manhole covers are made in round shapes is that the cover cannot fall into the manhole. Let’s say construction workers need to work under a manhole for the piping. They first remove the cover, put the cover aside, then go under to do the work. Somebody comes by and hits the cover by accident. If the cover can fall into the manhole, that will be a very bad accident!

Son mimicked the shape for a while and found out it could, “Yes it can fall like this.” He meant the cover can fall through the manhole diagonal.

“That’s correct. What about a triangle? Can it fall through a triangle of the same shape?”

“Now let’s go back to the round shape. Can a circle fall through a circle of the same size?”

“There are still some other shapes that have constant width. For example, there is a shape called Reuleaux triangle. It looks like this:

“And you can actually find Reuleaux triangle shaped manhole covers!

“The manhole cover shape question is an example of Geometry. Geometry is a math branch that studies the properties of space, for example, shapes, distances and sizes. The geometric property of the circle – a constant width – is why manhole covers are round. Geometry is one of the oldest math branches, dating back to ancient Greece.”