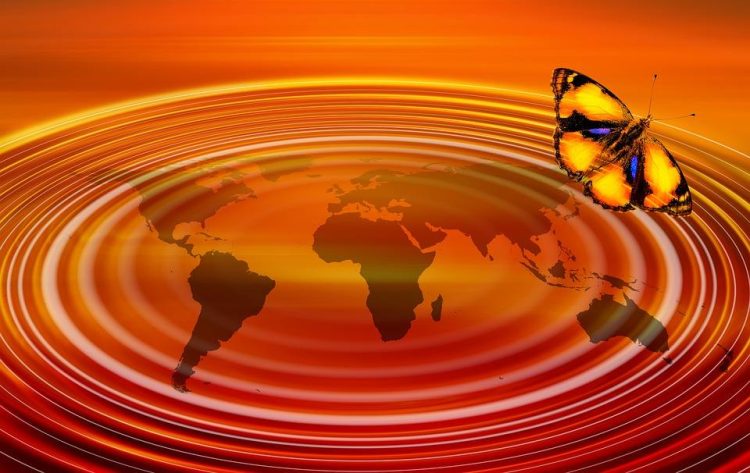 “Have you heard about the Butterfly Effect?” I asked my son.

“You know weather is highly unpredictable, especially in the longer term, right? Weather forecast is reasonably accurate for the next few days, but it is not accurate at all to predict the weather a month later.”

“Right, that’s why the weather forecast only goes as far as 10 days.” Son agreed.

“The reason why weather is so unpredictable is that there are many factors that can influence the weather. It’s not possible to track all the factors and predict the weather precisely. The Butterfly effect is a theory proposed by an MIT professor Edward Norton Lorenz. It says a small change, like a butterfly flapping its wings, could cause a dramatic consequence weeks later, for example changing the time and path of a tornado.”

“It’s hard to believe, right? This is a math branch called chaos theory. And I can explain the math concept with an experiment. Do you know what a pendulum is?”

“It’s a hanging and swinging thing that was used in an old clock?”

“Right, it looks like this.” I showed him the picture. “Can you tell me the path of the pendulum?”

Son was very interested. He built a double pendulum with my help and had fun experimenting with it. For our audience, the following YouTube video visualizes the result.

Back to the chaotic theory and the butterfly effect. A double pendulum is an example of a chaotic system. The path of a double pendulum is entirely unpredictable. A tiny tiny difference in the starting position will result in completely different paths. Similarly, in weather formation, a very slight change can have dramatic consequences. The Butterfly effect is a poetic but hypothetical example to illustrate this phenomenon.

Talking about the unpredictable path of a double pendulum, guess what Bruce Lee used as his weapon? A Nunchaku – see its similarity to a double pendulum? Unpredictability is the key property here. That’s why Bruce Lee is a Kunfu master! You can search Bruce Lee Nunchaku on Youtube to see it in action. This might be PG-13 material so I am not going to post the video here.